You’ve got 3 days in Austin. I’ve got you covered.

I was luckily enough to travel to Austin for work last month and it’s safe to say that this tiny city in the middle of the state is definitely up there on my favorite cities list. Parts of Austin are super vintage, which I loved, and the bar scene around UT in INSANE. There’s great food served up at trendy restaurants; tons of cute coffee shops; and VOODOO DONUTS. What more could you ask for?

Most of my travel guides are lengthy and story-like, and for the sake of my (lack of) energy and in the interest of saving you some time, I’ll keep this one short and sweet; as short and sweet as your three days in Texas’ capitol. Saddle up and keep reading for my Austin see, do and eat recs. 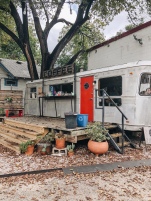 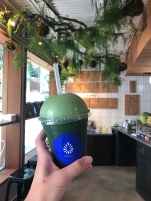 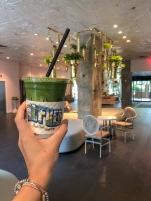 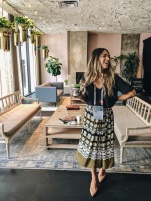 Flitch: Amazing cold brew. Even better store front. This coffee shop is inside a super vintage trailer on the east side of Austin. They have a huge patio-like space outside of the trailer for you to kick back and relax along with a small table inside the trailer itself!

Joe’s Coffee: There’s more than one of these in the city, but I would recommend the one in South Congress. The coffee is great; the space (back patio) is super chill; and the wall on the side that says “I love you” is a major Austin must-see!

Alfred: Surprise! You don’t need to go all the way to LA to get your hands on this staple. Head to the Line Hotel in Downtown Austin to grab a coffee, some matcha, or other healthy snacks.

The Squeezery: Awesome fresh pressed juice and smoothie bowls featuring a healthy froyo base (not my style but the juice is fire.

Juiceland: This one I would NOT recommend. It was a poor excuse for a juice and açaí bowl spot so here’s your warning. Maybe I’m spoiled by NYC, but this wouldn’t be on my list. My bowl was literally açaí SOUP. Here’s your warning. 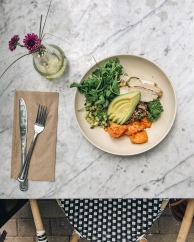 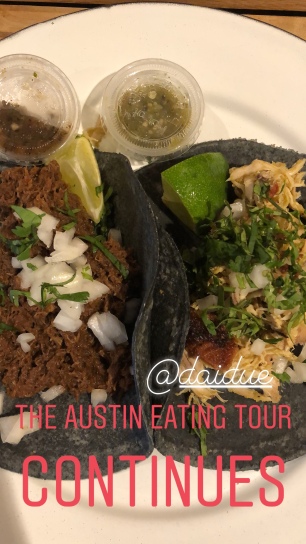 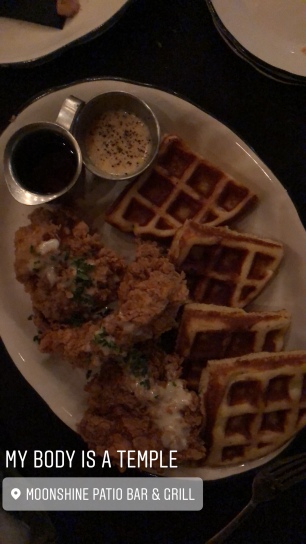 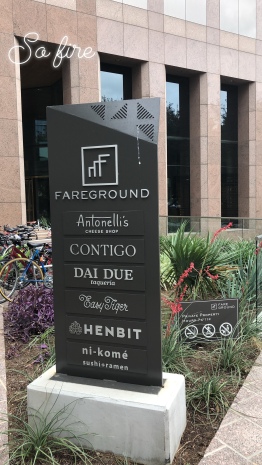 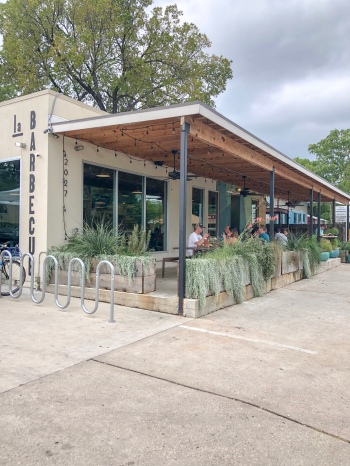 La Barbeque : Apparently this place gets a pretty length line in the afternoon, but I hit it early enough to walk on in. HIGHLY recommend the sliced brisket sandwich and a side of Mac and cheese!

Flower Child: Please come to NYC, Flower Child!!!!! Why are you everywhere else but here?! Seriously this is the most perfect lunch spot if you’re looking for something light and healthy. You should get the Mother Earth bowl with chicken!

Moonshine: Two words (well, three *technically*): Chicken and waffles. That’s what you’re getting and you’re bound to be extra impressed! I loved both the vibe and the food at this place, as they do southern comfort food RIGHT. I also recommend trying the pretzel and pimento cheese appetizer and the crispy calamari. And to answer your question: yes, they do serve actual moonshine. No, my colleagues were NOT fans.

Numero 28: Is this the best pizza you’ve ever had? Probably not. But it’s a great option for a group or if you’re just craving a personal ‘za. I highly recommend the Numero 28, which is a white pizza topped with speck, mushrooms, mozzarella, and truffle cream.

Fareground:  Austin’s first food hall lands a spot on my list, and it should definitely be on yours as well. Think of your classic Urbanspace or City Kitchen in NYC, although The Fareground is certainly smaller. I’d suggest the tacos or Henbit for a quick and easy lunch option. They also have a full service bar and coffee. It’s great for groups or if you’re just not sure what you’re in the mood for! 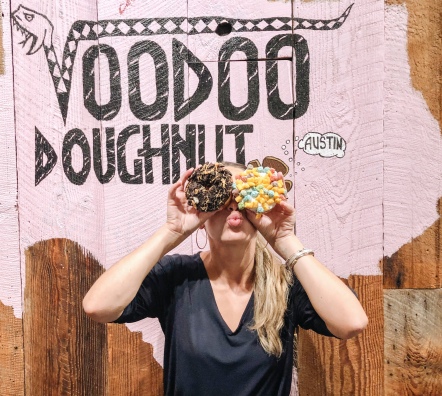 Processed with VSCO with a6 preset

Voodoo Doughnuts: Voodoo puts the “dough” in doughnuts, that’s for sure. This was my first time ever trying this Portland staple and I was blown away (by both the food, and the LINE for doughnuts at 1 am, as it’s open for late night!) They’re so thick and cakey, but absolutely DELICIOUS. Stop in to check out their menu, and make sure to bring some $$ since it’s cash only! 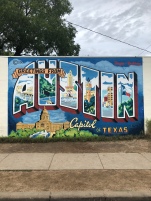 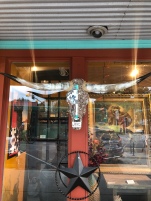 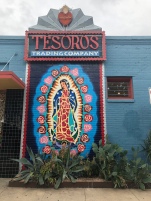 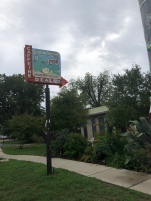 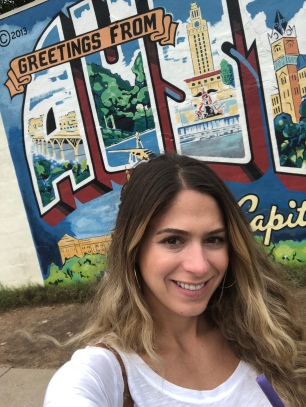 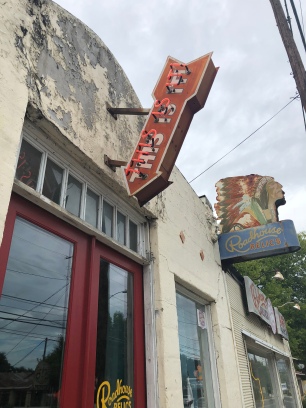 Street Art: There’s a ton of cool street art scattered around downtown austin and in South Congress. I passed a ton of cool random murals (one in the making at the time, which was pretty neat to see!) and I would definitely recommend checking out the ‘Welcome to Austin’ postcard mural. It’s a bit out of the way in South Congress and it’s a very bizarre area being that it seem’s kinda old and industrial despite the fact that there are some of the most modern houses nearby. There’s also a really cool mural outside of Joe’s Coffee in South Congress (I Love You mural) and a neat mural on Congress Ave (see below, as I’m not sure what it’s called.)

Austin Motel: This super vintage-looking hotel is in South Congress, and while I didn’t go inside, I definitely snapped a picture of the iconic sign. This is such a cool area that I recommend swinging by. The strip that the hotel is on has some AMAZING vintage shops, too. Highly recommend bopping around here, especially considering how many bars and restaurants there are, too!

The bats: I was SHOCKED to see the crowds waiting for the bats to emerge from under the bridge on Congress Ave. Yes, you read that right: the bats. Apparently during the spring-fall months, a massive, some-odd million member bat colony emerge from under the Congress Ave bridge around sundown. Thousands of people were lined up across the bridge, underneath the bridge on a sidewalk, on small hills leading down to the water, and on both kayaks and ferries. It was a SPECTACLE. Naturally, the bats chose not to fly out that night. Kewl. Thx. 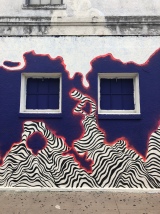 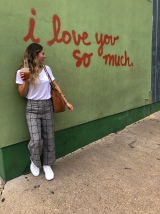 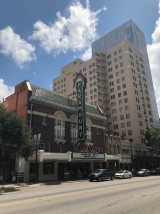 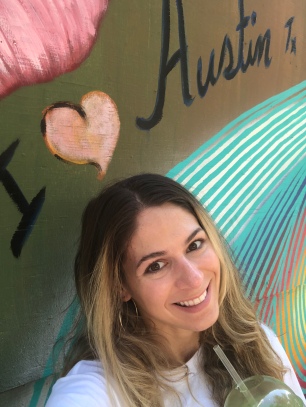 Another cute mural on Congress Ave 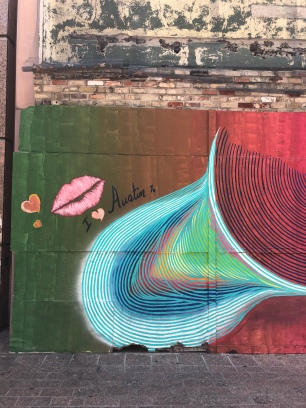 State Capitol: The Capitol building is an impressive piece of architecture, and I’d suggest walking up Congress Ave to get there. Enough said.

University of Texas: I wish I could have explored the campus, but UT Austin is basically adjacent to the capitol building and it looks like the most epic quintessential college campus.

6th Street, specifically Pete’s Dueling Piano Bar: Maybe it’s a home game weekend thing, but 6th street was closed down on Friday night in Austin. The scene was SUPER crazy, being that there were people in the streets and pouring out of the bars. If there’s at least one bar that should be on your radar, it’s Pete’s Dueling Piano bar. Essentially, two pianists are on the stage and they go back and forth playing/singing requests. Bring cash to get in (also, bring cash to make your requests), and get ready to JAM OUT. 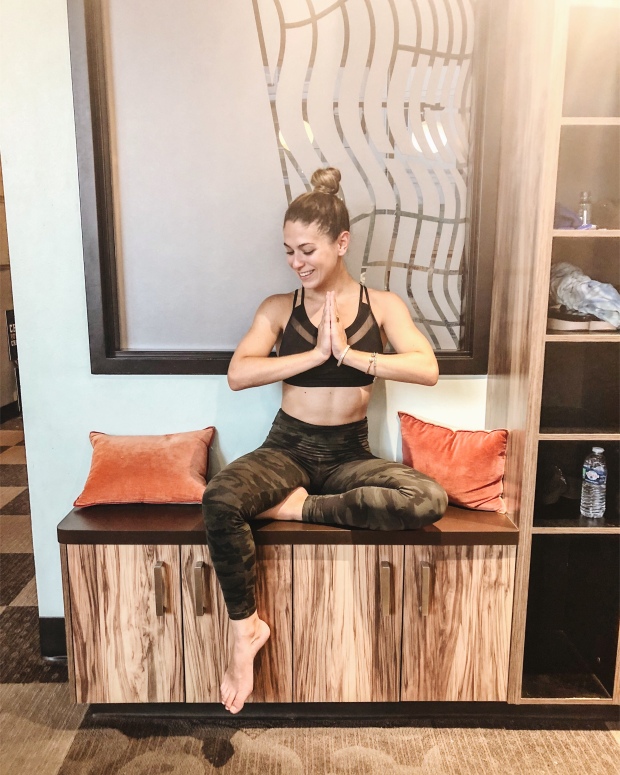 Processed with VSCO with a6 preset

You know you I had to do some research on studios in Austin. Well, I checked out Core Power Yoga, which I LOVED, but if that’s not your style, there’s a Barre3, a Soul Cycle, and BodMod, a studio that was highly recommended to me all nearby! 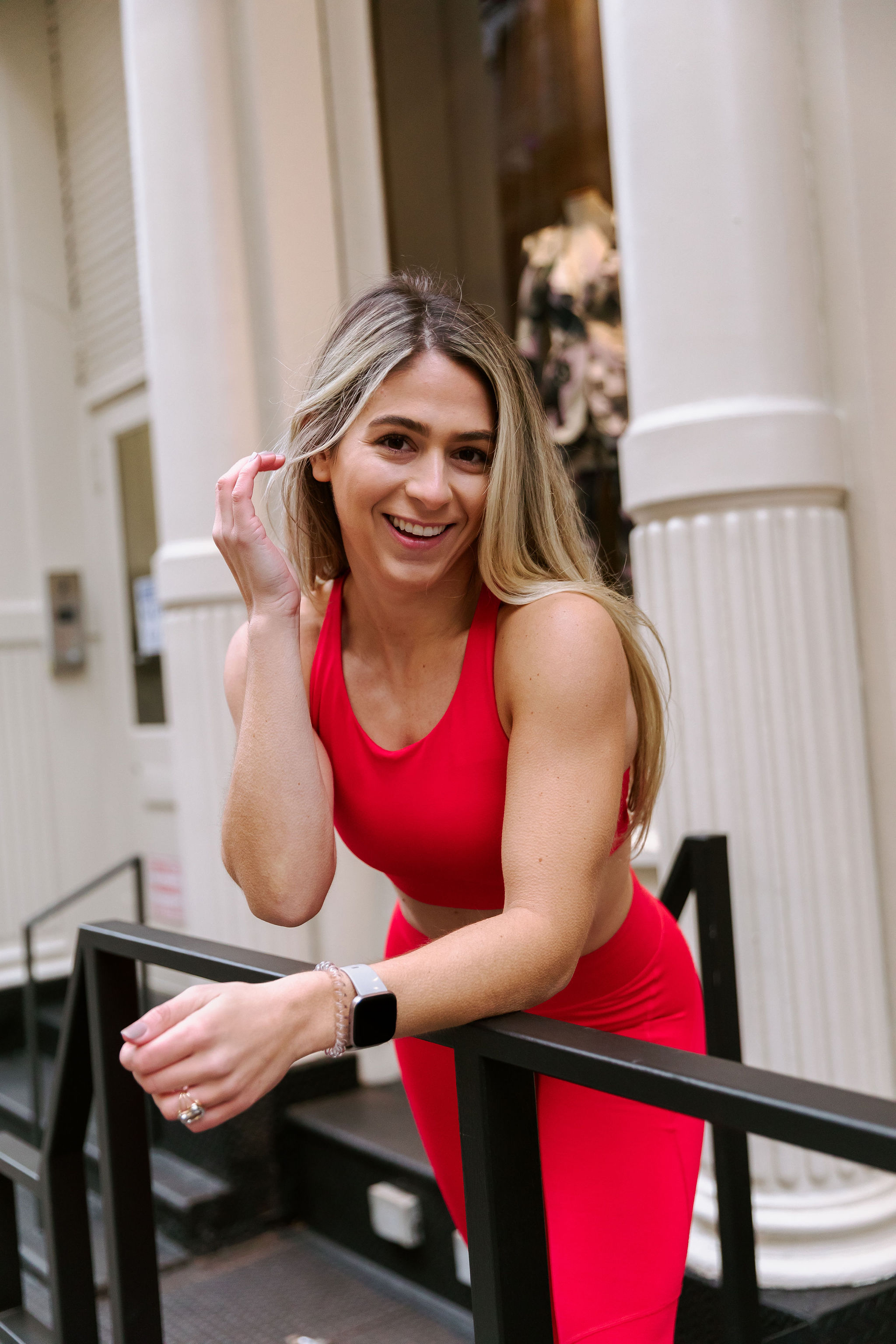 My name’s Dana and I’m the gal behind the NYC-based lifestyle blog, The Dana Diaries. Here, you’ll find everything from how you can take class with me, to thoughts on some of the brands I believe in, to travel guides and restaurant reviews. I hope you’ll enjoy this space and come away feeling inspired.